Life Sciences: How to Sell A Scientific Event

Jean-Pierre Després, Ph.D., FAHA, FIAS and member of Québec’s Ambassadors’ Club, knows a thing or two about cardiometabolic diseases. As the Director of Cardiology Research at the Centre de recherche de l'Institut universitaire de cardiologie et de pneumologie de Québec and professor at the Department of Kinesiology at Université Laval, he has invested over 30 years in researching visceral obesity and cardiovascular diseases.

And he also knows a thing or two about how science can “sell” a convention or conference.

Mr. Després was part of the program committee of the 6th ICCR Congress on Chronic Societal Cardiometabolic Diseases, which was held at Hôtel Le Concorde in Québec City from May 15 to 17, 2017.

Jointly organized by the International Chair on Cardiometabolic Risk (ICCR) and the Cardiometabolic Health, Diabetes and Obesity Network (CMDO), the congress brought together 300 attendees from 25 different countries to discuss the worldwide prevalence of Type 2 diabetes and the impact people’s lifestyle habits—physical activity, nutritional quality and quality of sleep—have a profound impact on their cardiometabolic health.

“The worldwide research community that studies visceral obesity and its negative effects is huge,” explained Mr. Després. “Twenty-five years ago, my research team was the first to purport that excess abdominal fat and ectopic fat played a more important role in whether or not someone was to develop a plethora of health complications more than ‘just’ body weight. Twenty-five years later, study after study from England, Holland, Japan, China and Korea, (just to name a few!) proved us right!”

Mr. Després’ steadfast commitment to his research has helped him over the years build a far-reaching network of like-minded, forward-thinking academic leaders and researchers. And he credits his network’s relentless focus on pushing the scientific envelope further for the success of the 6thICCR congress.

In a nutshell, good science sells,” he explained. “For any type of scientific conference or convention, the quality of the scientific program is of paramount importance. Researchers get bombarded with invitations to various events all year long—most of which we cannot possibly attend due to scheduling conflicts, budgetary restrictions or simply a lack of time.

"That’s why, when evaluating whether or not they will attend a specific event, academia will jump on the scientific program first to see what topics will be covered, who will be speaking, which influencers will be attending and what satellite symposia will be offered." 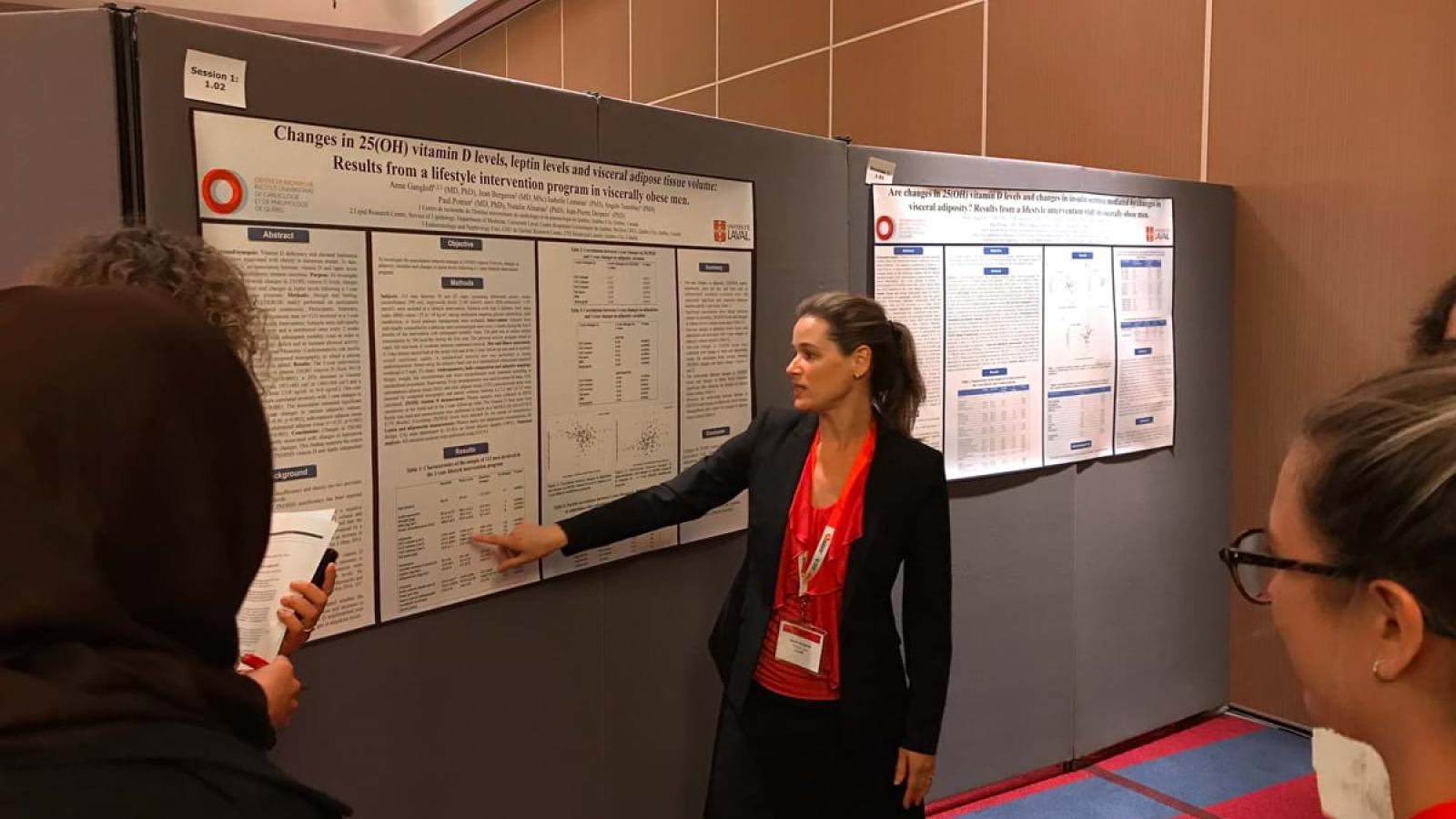 And how did Mr. Després build such a stellar scientific program? “It helps that I am an ‘old wolf’ so to speak,” he laughed. “My extensive network of contacts enabled myself and the program committee to not only reach out to avant-garde researchers and academic leaders to present papers or to speak about trending issues but also to attract attendees to the event.”

“You need to build a scientific program as though it were a product you were trying to sell,” he added.

When you combine a fascinating scientific program with the tremendous appeal and beauty of your event’s host city, you’ve got a winning combination,” Mr. Després concluded.

Other parts of the congress’ success included the “impeccable’ work of the event’s logistics team, the support of Québec City mayor Régis Labeaume and his team, and the host city’s ‘undisputed’ charm. “When you combine a fascinating scientific program with the tremendous appeal and beauty of your event’s host city, you’ve got a winning combination,” Mr. Després concluded.